《Search for the Nouveau Taste of Heritage》
Ancient Moon

《Search for the Nouveau Taste of Heritage》
Ancient Moon 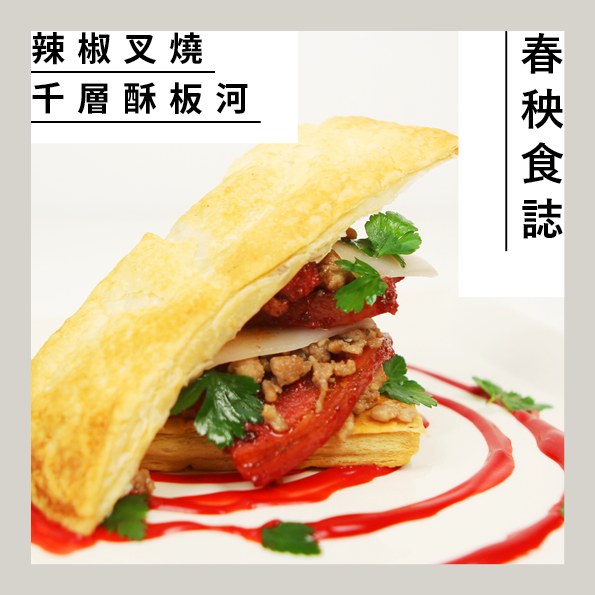 《Search for the Nouveau Taste of Heritage》Ancient Moon

I first visited “Ancient Moon” when I was shopping for spices in North Point with a friend of mine. Attracted by the restaurant’s sign and the portraits/decoration inside as we inadvertently strolled into an alley, we decided to jump in and learn more about it. As we entered the restaurant, my friend speculated that the owner was surnamed “Hu”, whilst my chef’s intuition told me that the signature dish of it had to contain pepper. Eventually, we figured out that neither of the owners, Lico and Fanni, is not surnamed “Hu”. We also learned that they both studied abroad in Western Australia as I did. Besides, the two are as fond of Malaysian cuisine as I am. It must be our fate to meet. Back in the time when they were studying abroad, there were a lot of overseas students from Singapore, Malaysia, and Indonesia in Australia. Therefore, there were quite a lot of Southeast Asian eateries in Western Australia. Regarding the exquisite ceramic ornaments in Ancient Moon, all of them are the works of a Hong Kong ceramics artist. Lico mentioned that this artist would order Skirt Steak every time dining in the restaurant.

My guess on the signature dish of Ancient Moon was only partly correct as pepper is merely one of the essential ingredients in their acclaimed bak kut teh. Lico said that Singaporeans cook bak kut teh with a profuse of garlic, fresh pork, and black and white pepper. But since importing pepper from Singapore is costly, they tried using pepper from China, Thailand or Vietnam as a substitution. However, they soon found out that pepper from China is hot but lacks the peppery flavour, whilst pepper from Vietnam and Thailand is not spicy at all. Hence, only pepper from Singapore can bring the relish of bak kut teh to the fullest. Lico and Fanni are fastidious about food. They have a strict requirement on the condiments, ingredients, or the cooking method for each of the dishes they serve.
When they first decided to open Ancient Moon, they travelled back to Western Australia to serve as apprentices of a senior chef, Master Lee, seeking to replicate the unforgettable savour they tasted at the chef’s restaurant. Besides, there were not many Singaporean restaurants in Hong Kong back then. Hence, they simply couldn’t take reference from others’ recipes or learn from the taste and seasoning of others’ dishes. For that reason, they backpacked to Kuala Lumpur several times, aspiring to search for the best ingredients in the local wet markets. During one of their trips, they lucked into an oversea Chinese whose dried food store had all the authentic condiments they needed. At last, they managed to put together their homemade seasonings. As a matter of fact, they experimented with over two dozen variations of dried chilli alone for their homemade chilli spice before deciding the most suitable one for Ancient Moon. In the beginning, they would blend their sambal sauce with a handful of dried fishes. However, they couldn’t stock the specific dried fishes in Hong Kong. Therefore, they had to travel to Malaysia to stock and hand-carry dozens of kilograms of dry fishes back to Hong Kong every few months. Nowadays, Lico and Fanni still travel to Singapore and Malaysia to find inspirations on a regular basis. That is why their restaurant never lacks new dishes; some specials include Curry Pork Jowl with Rice, Pepper Fish Fillet with Rice, Skirt Steak, Silky Chicken with Rice, Teh Tarik Pandan, Teh C Peng, and Ice Sour Plum & Olive. Initially, Lico and Fanni took others’ feedback about their recipes being unauthentic to heart. Nevertheless, these comments have ascertained their unconventional pursuit. By exerting their humour and creativity in designing down-to-earth new dishes, they strive to cheers people up and let them unwind.

The Signature Dishes of Ancient Moon

Ever since Lico and Fanni had visited Western Australia to learn from Chef Lee, they phoned him regularly to seek for advice whenever they encountered any difficulties in Hong Kong. Despite that, Lico and Fanni still found it challenging to gain mastery over the taste of their curry dishes. When they were doing the final touch-up for the restaurant opening, Chef Lee unexpectedly flew to Hong Kong to familiarise Lico and Fanni with the steps of cooking curry. It was not until this point before they learned that they had messed up with the sequence of mixing the ingredients. After countless experiments and adjustments, their curry eventually won the praise of the kaifong in the neighbourhood; it even attracted Malaysians in Hong Kong flocking to Ancient Moon for a taste of home. Seasoned with fish sauce, Malaysian curry is thinner and watery. But it is this peculiar condiment that gives Malaysian curry its unique flavour.
Another signature dish of Ancient Moon is Malaysian pan mee. Pan mee is like a thinner variation of udon noodle, with a texture akin to the rice noodle of my home town in the walled village. In the early days, Lico and her friends had to spend 3-4 hours to produce a few servings of the noodle. This minimal quantity couldn’t suffice the need of the restaurant. Hence, they visited several noodle factories to seek for their help in producing noodle with similar mouthfeel. They even tried Shanghai noodle and noodle thick or thin produced by these factories. However, their effort came to no avail because the quantity they needed was too little for the hassle to these factories. Fortunately, they eventually came across Double Happiness Noodle in Chun Yeung Street that was willing to produce pan mee for them. From the initial collaboration to regularly supplying noodle to Ancient Moon, Double Happiness Noodle has provided Lico and Fanni with a lot of advice. For example, it suggested them to replace the traditional oil noodle or rice vermicelli with Hokkien mee in their curry noodle for extra chewiness, so as the adjustments needed accordingly.

Ancient Moon offers two variations of bak kut teh – the medicinal bak kut teh and the signature bak kut teh. Both versions use pork jowl and cheek meat as the key ingredients, which is unseen elsewhere in Singapore or even Hong Kong. Lico and Fanni’s unique attempt inspired me to devise a fusion dish named “Chili Char Siu Pan Ho Mille-Feuille Lasagna”. By barbecue pork rib or cheek meat and lasagna with chu hou seasoned pork belly and pan ho fun as the main ingredients, I complement the dish with mille-feuille, stir-fried minced pork with garlic and dried flounder fish powder, and parsley for a sophisticated flavour, plated with chili oil and vinegar when served. Inspired by local dipping sauces, Italian cuisine, and the food of Ancient Moon, I mixed and matched a range of ingredients in this dish to re-imagine the Malaysian and Singaporean flavour. Through this innovative fusion dish, I hope to pay tribute to the vigorous duo of Ancient Moon for their creativity in cooking and imaginative interpretation of the Malaysia and Singapore cuisine. 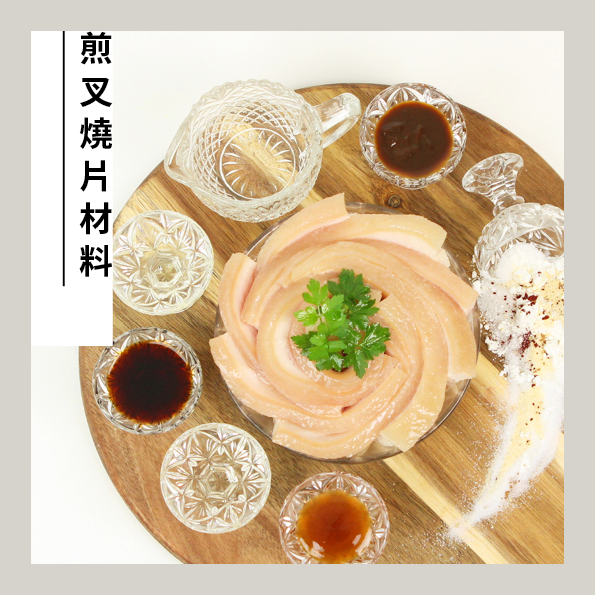 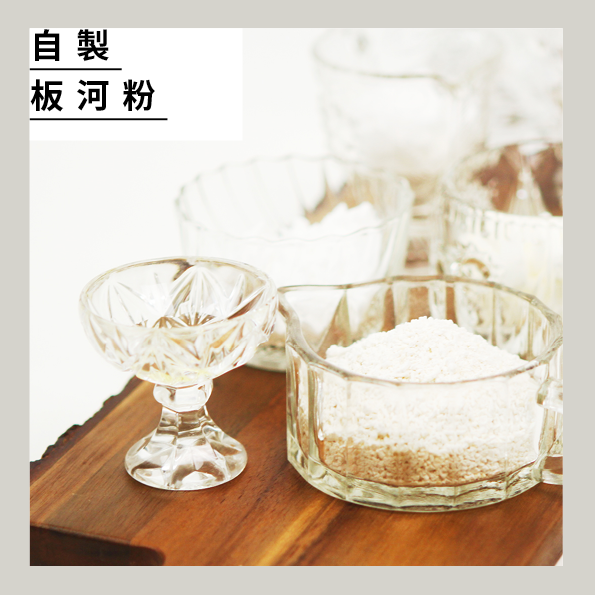