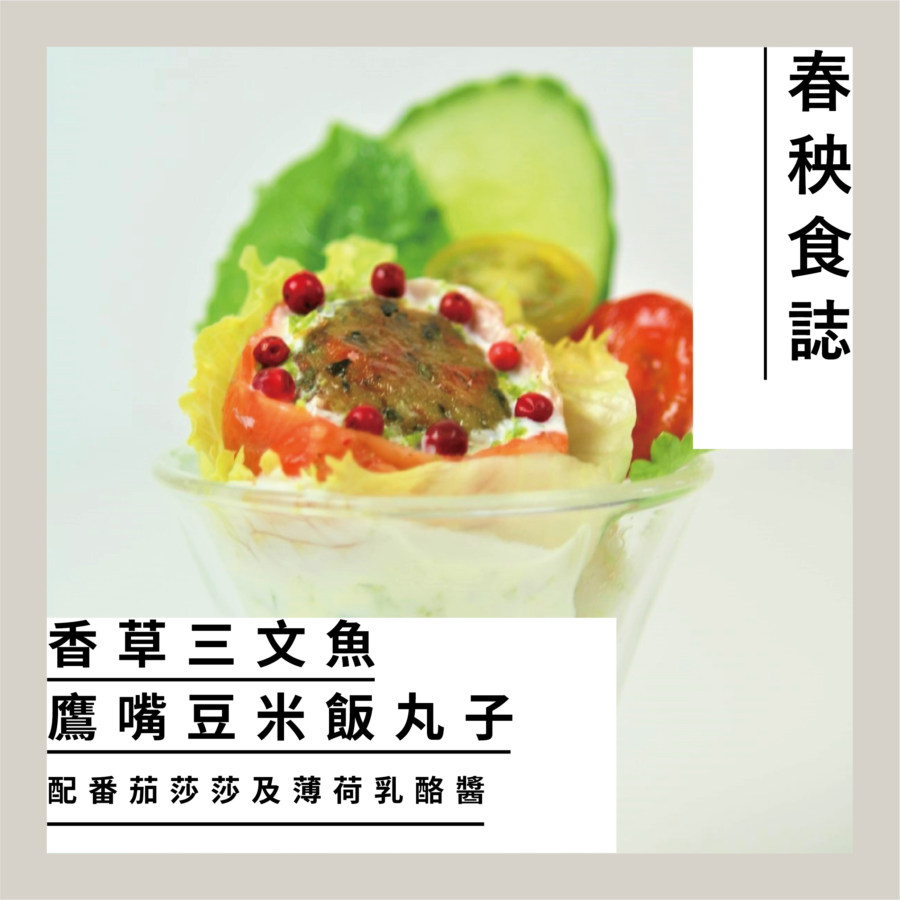 If you walk into a Fujianese restaurant and find that most diners and waiters speak Fujianese, you are guaranteed of authentic Fujian cuisine. Owned by a Fujianese owner Mr Wu, Zhezhen Delicacies is currently operated by Mr Wu, his son, and his daughter-in-law. After moving to Hong Kong from Jinjiang, Fujian Province, in 1981, Mr Wu worked part-time at a Chinese restaurant and ran a hawker stall in a wet market. Eventually, he founded Zhezhen Delicacies in North Point, selling traditional Fujianese dishes and refreshments, in which nine out of ten of his customers are Fujianese. For more than 20 years, he has been working 15 or 16 hours a day, from 5 am to 8 pm, all year round. Although Mr Wu is now in his 70s, he is still as vigorous as ever.

Inherited the strong family values of the Fujianese, Mr Wu returns to Jinjiang to worship his ancestors every Ching Ming Festival despite his busy schedule. Nevertheless, this gives Mr Wu the chance to relish the hometown delicacies of his favourite, such as taro balls. The taro ball from Fujian is called “Shenhu Sweet Taro”. Like the baby taro eaten in Hong Kong at the Mid-Autumn Festival, Shenhu Sweet Taro is unique to Jinjiang. By dint of its extensive usage, Shenhu Sweet Taro is vastly cultivated in Fujian. Not only can it be cooked directly or in congee after washing and peeling, but it can also be sun-baked into dried sweet taro. Its sugary flavour makes it a lovely accompaniment to various dishes. Made from Shenhu Sweet Taro, Fujianese Taro Balls go well with pork and mushroom, peanut flour, or sweet and spicy sauce. Fujianese likes to spice all kinds of food with Gao Zai Sweet Chili Sauce. Their fondness for spiciness set them apart from the Cantonese.

While authentic Fujian cuisine is rare in Hong Kong, Zhezhen Delicacies replicates the Fujian hometown flavour genuinely. That’s why it has attracted many Fujianese and gourmets from local and afar. Located on the southeast coast of China, Fujian is best known for its toothsome seafood. Fujian cuisine is one of the eight major Chinese cuisines, and it can be subdivided into Fuzhou cuisine, Minxi cuisine, Quanzhou cuisine, Xiamen cuisine, and Zhangzhou cuisine. However, the latter three are usually dubbed collectively as Fujianese cuisine. The Fujianese are fastidious about seasoning and savoury flavour. Amongst all the Fujianese specialities, the steamed baby fish, salted rice, Wu Xiang Juan (Fujian Style Spring Roll), and lor mee (braised noodles) are the most popular dishes at Zhezhen Delicacies. Many customers keep coming back for its steamed baby fish with salted rice. The restaurant uses local marine fishes for the former dish by slightly marinating them before cooking. The salted rice is prepared like Fried Glutinous Rice, but with shredded pork belly, mushrooms, and carrots. Lor mee takes 15 minutes to prepare, and its main ingredients include fresh seafood, oyster, fishballs, squids, pork, and the thick alkaline noodles sold only in a Teochew grocery store on Chun Yeung Street, North Point. Apart from the Fujian lor mee, Hong Kong diners are also fond of Hokkien fried vermicelli and oyster omelette. Unlike Teochew fried oyster cakes, the Hokkien’s variation is akin to the Taiwanese Oyster Omelette: Pan-frying rinsed fresh oysters with garlic, seasonings, and an egg.

Preparing traditional food requires much more skills than one would think. Take Fujian rice dumplings and peanut soup as examples, the former is a seasonal food that is only on sale in Zhezhen Delicacies for a limited time. By wrapping fried glutinous rice with five-spice powder, mushrooms, dried shrimps, chestnut, and chicken or pork together moderately, these Fujian rice dumplings are steamed until lightly browned, giving a sweet and rich flavour with a fatty but not greasy palate. As for the peanut soup, the cooking process is even more convoluted. First, the peeled peanuts need to be scalded with boiling water to remove the skin before cooking over medium heat. Once cooked, the peanuts are stewed with sugar and simmer on low heat for one hour until the surface turns white, with a melt-in-the-mouth texture.

Conserving traditional recipes is no easy task. For instance, it takes over a hundred sheets of pig’s caul fat (a thin membrane that surrounds the abdominal cavity) to prepare the Wu Xiang Juan. But since pig’s caul fat is hard to source nowadays, the wrapping of Wu Xiang Juan has been replaced by bean curd. Although Wu Xiang Juan is also known as a chicken roll and its appearance is comparable to a chicken neck, it does not contain chicken at all. Instead, it is a fried pork roll with finely sliced pork meat, mushrooms, shallots, bamboo shoots, pepper, and flour.

When I began conceiving this new recipe, I unexpectedly thought of the “Tiger Bite Pig Burger” (also known as “Pork Belly Bun”), a Taiwanese snack that originated in Fuzhou. With its flat and oblong sharp, the fillings insides, and a palate similar to a steamed bun, the pork belly bun is considered as the “Chinese burger”. Since the appearance of an opened pork belly bun resembles a tiger crunching a cooked pork belly served with coriander, sauerkraut, icing sugar, and peanut powder, that’s why it is commonly known as the “Tiger Bite Pig Burger”. After some wordplays with “Tiger Bite Pig”, I came up with the idea of replacing the bun and fillings with pita bread (also known as Arabic bread or pita pocket) and falafel. Before deep frying the falafel dough, I also added smoked salmon for a touch of savouriness, as well as cooked rice and carrots as an abstraction of the Fujian salted rice. Served with mint yoghurt dressing, tomato salsa, and Gao Zai Sweet Chili Sauce, this Taiwanese snack is transformed into the Modern Fujianese Tiger Bite Pig Burger. Last but not least, one can even use the falafel as the filling for lettuce wraps or roll it in sliced salmon as an appetizer, giving this fresh fusion recipe myriads of possibilities. 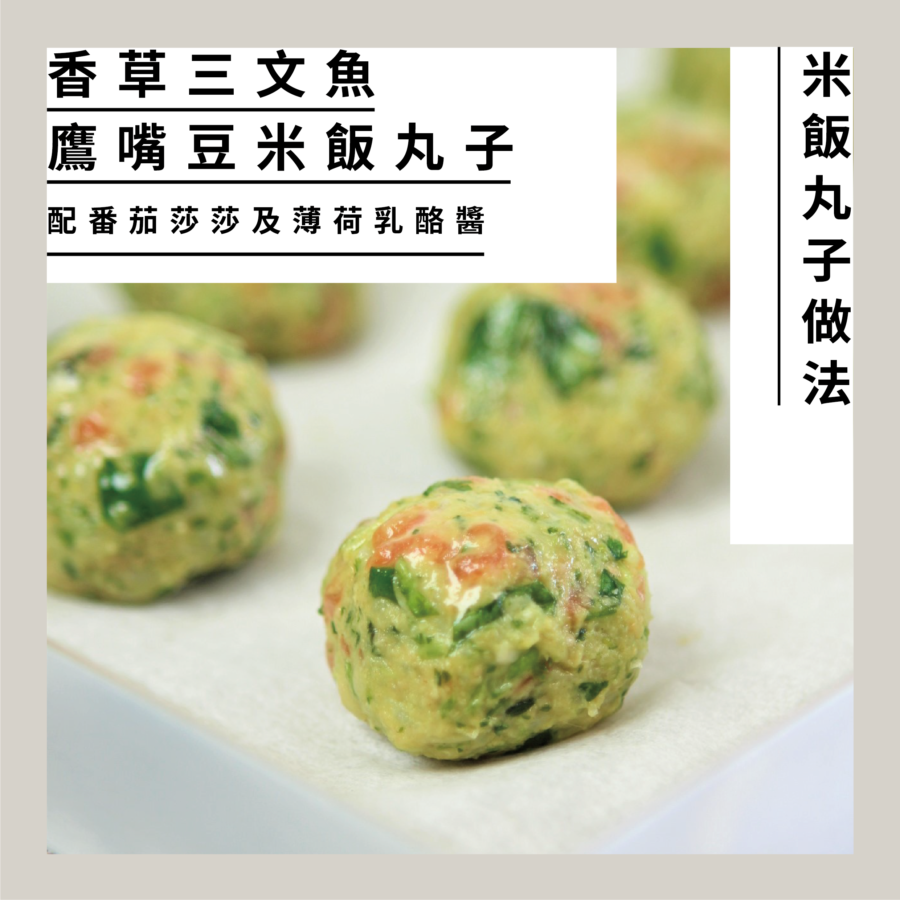 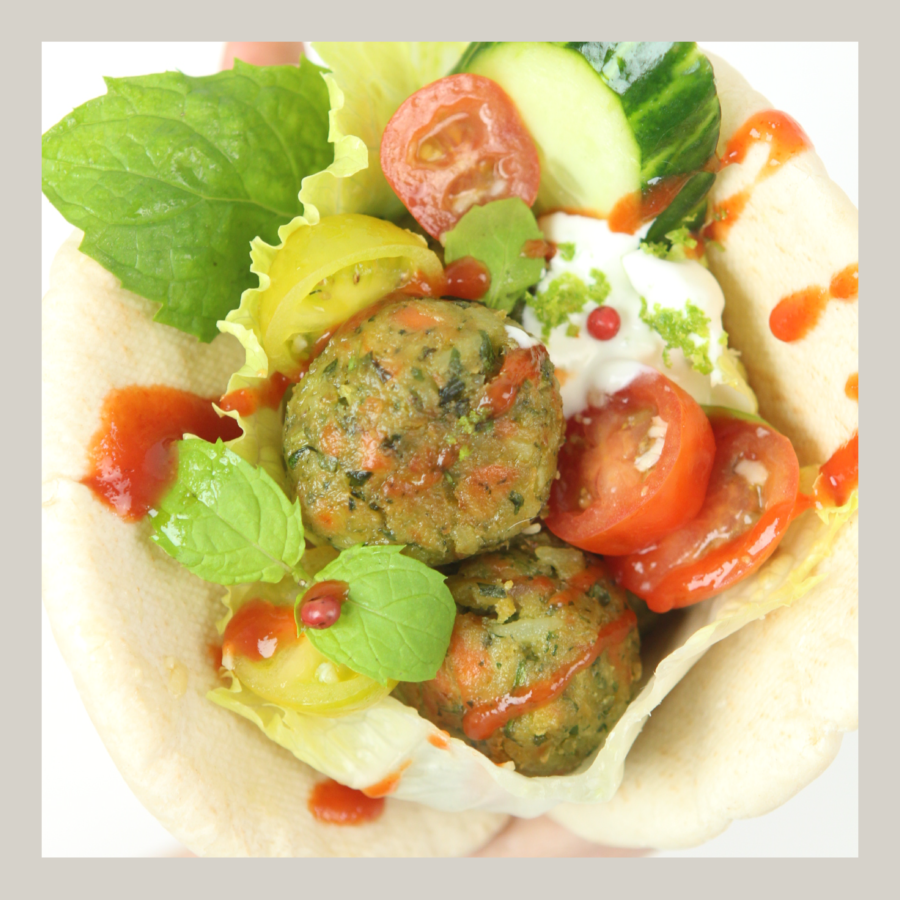