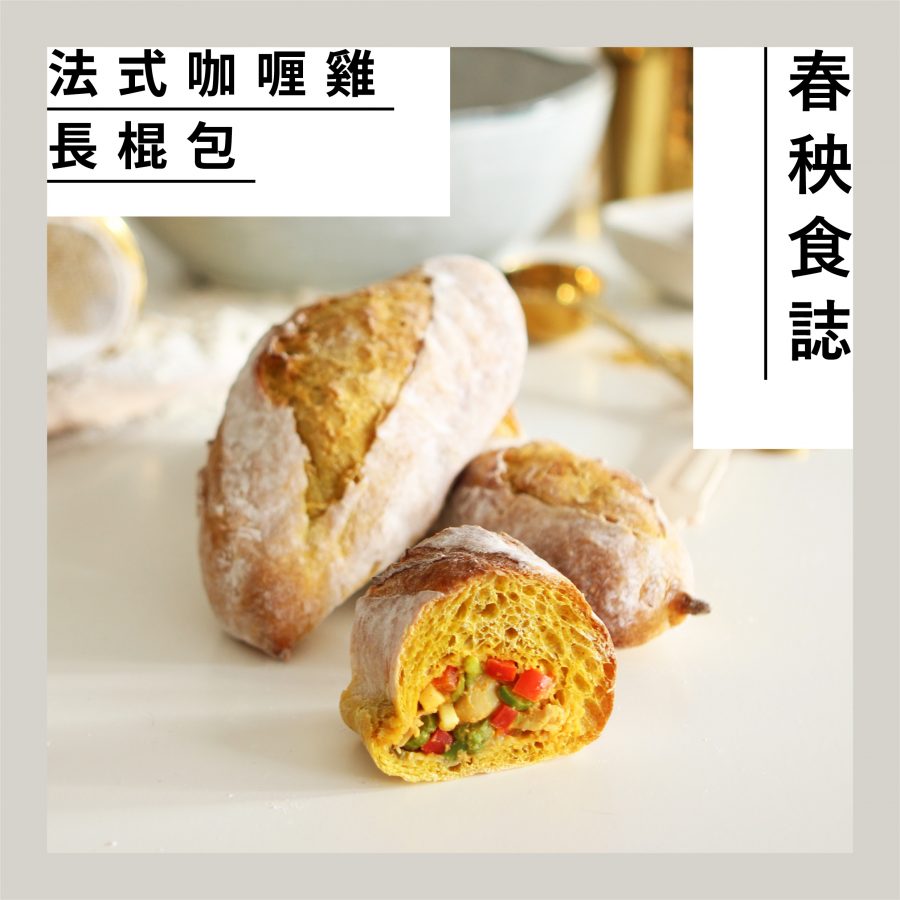 Stepping into Tin Yin Coconut Company, the bustling city ambience suddenly turned silent. I felt like I was entering a spices paradise where thousands of aromas and colors pervaded my senses. Before my eyes were one after another yellow box of spices shelved alongside on racks, with notes specifying the effects of the recipes and herb prescriptions everywhere. While I was greeted by the cordial smile of the shopkeeper’s lady, an equally hospitable cat was circling around me. I couldn’t help but exclaim, “Wasn’t this the chef’s heaven?”. The traditional grocery is cramped, but it stocks almost every kind of seasoning and Southeast Asian dried food like Chả lụa (Vietnamese sausage), lemongrass, galangal, limes, curry powder, peppercorn-and-star-anise, basil, herbal soup bases, and marinating ingredients. Despite being a one-stop solution for all your spice needs, every good is sold at a bargain price.

Ever since I tasted Tin Yin Coconut Company’s signature coconut nian gao (New Year glutinous rice cake), its chewy texture and coconut aroma have been lingering on my taste buds and in my mind The shopkeeper’s lady even recommended pairing the coconut nian gao with their Pu’er tea for a more exquisite flavor! Being proficient in all the ingredients sold in the store and the person in charge of the three meals at home, Mrs Tsang, the shopkeeper’s lady, is undeniably a culinary master. Even though Mr and Mrs Tsang are snowed under with the store’s business every day, they never reserve in sharing their recipes with new or returning customers. Apart from the housewives’ favorite Chinese herbal soup recipes or the secret way of preparing Chinese salt-baked chicken with a rice cooker, my best-loved recipes are those Chinese restaurant desserts like baked lotus seed and sago pudding and split pea coconut pudding. After the shopkeeper Mr Tsang learned that I am a chef, he generously shared with me his years of experience in managing the business and preparing curry paste and steamed nian gao. Mr and Mrs Tsang’s knowledge about spices is phenomenal; they can pick and tell the effects and usages of any exotic food ingredients sold in their shop. Within my hours-long interview, a steady stream of customers was visiting the shop, not to mention the tricky questions about food ingredients the customers asked Mr Tsang. From his warm greetings and detailed explanations to the kaifong, one can certainly tell that Mr Tsang has a strong attachment to the people in the neighborhood and is respected as the “living cookbook” in the community.

Devotion for over Half a Century

Tin Yin Coconut Company was opened in 1964. It was initially located in Java Road but was later relocated to Mable Road. Since the 1960s or 1970s, fresh coconut business has always been rather uncommon. Even in its heyday, there were only five or six fresh coconut stores at most in Hong Kong. In its golden era, before the emergence of canned coconut milk and the importing of mainland coconuts, Tin Yin Coconut Company was so prosperous that local bakery giants like Garden, Pacific, and Duck Shing Ho were all its regular customers. In the past, they could sell two to three hundred coconuts a day. However, due to the northern migration of major biscuit factories and bakery factories, now they can only sell a hundred or so coconuts each day. Thereafter, Mr Tsang strove to remodel the business for survival. By integrating the coconut products production and developing retail business, he created new opportunities. He repositioned the shop as a spice grocery, allowing ordinary kaifong to buy the shop’s celebrated “Four Lords of the Sauces” for household use. Among the four sauces, Mr Tsang’s curry paste is the most acclaimed. It is supplied to many cha chaan teng (Hong Kong-style diner), canteens in police stations and prisons, and luxury hotels, in hundreds of pounds per order. Not only are coconuts indivisible from local cuisine, but they are also essential at the betrothal in Chinese wedding for its wordplay on family longevity. Mr Tsang couldn’t help but proclaim time and again, “Not a part of a coconut is useless!”

Although Mr Tsang is in his seventies, he is working 15 hours a day. Every morning, Mr Tsang starts cracking coconuts with his dexterous skill at 7am. The crackles break the silence of the morning; the aroma of fresh coconuts replenishes the subtle sweet scent accumulated in the shop over decades. When asked about passing down his business to the next generation, Mr Tsang answered with a smile that the coconut business is taxing and declining. Since his children all have a decent occupation, they are not going to take over. “I will carry on as long as I can. Fate will decide for the rest.” Mr Tsang added gently. By all accounts, what the shop sells is not only the handmade ingredients but also the personal care and human touch from Mr and Mrs Tsang.

Upon returning home, I laid out on my kitchen table the spices from Tin Yin Coconut Company and its “Four Lords of the Sauces”: curry paste, satay sauce, spicy base, and chilli oil.  In the blink of an eye, a wide range of potential fusion recipes which push boundaries whilst also conserving traditional flavours came to my mind. In the hope of combining Mr Tsang’s business experience, my personal preference, and the ingredients from the Tin Yin Coconut Company, I created the French Curry Chicken Baguette as a tribute to the precious old shop. Although making French baguettes is not difficult, it requires some skills to bake the dough with stuffing. Unlike the ordinary way which fills in stuffing after emptying out the baked baguettes, we need to wrap in stuffing before baking. However, the filling may burst out when baking if it is not filled in properly. Fortunately, I have figured out the best way to fill in the stuffing after a handful of experiments and revisions to the recipe.

By pairing it with the lemongrass tea available in Tin Yin Coconut Company, the French Curry Chicken Baguette is a contemporary response to the shopkeeper’s unique food pairing of nian gao and Pu’er tea. 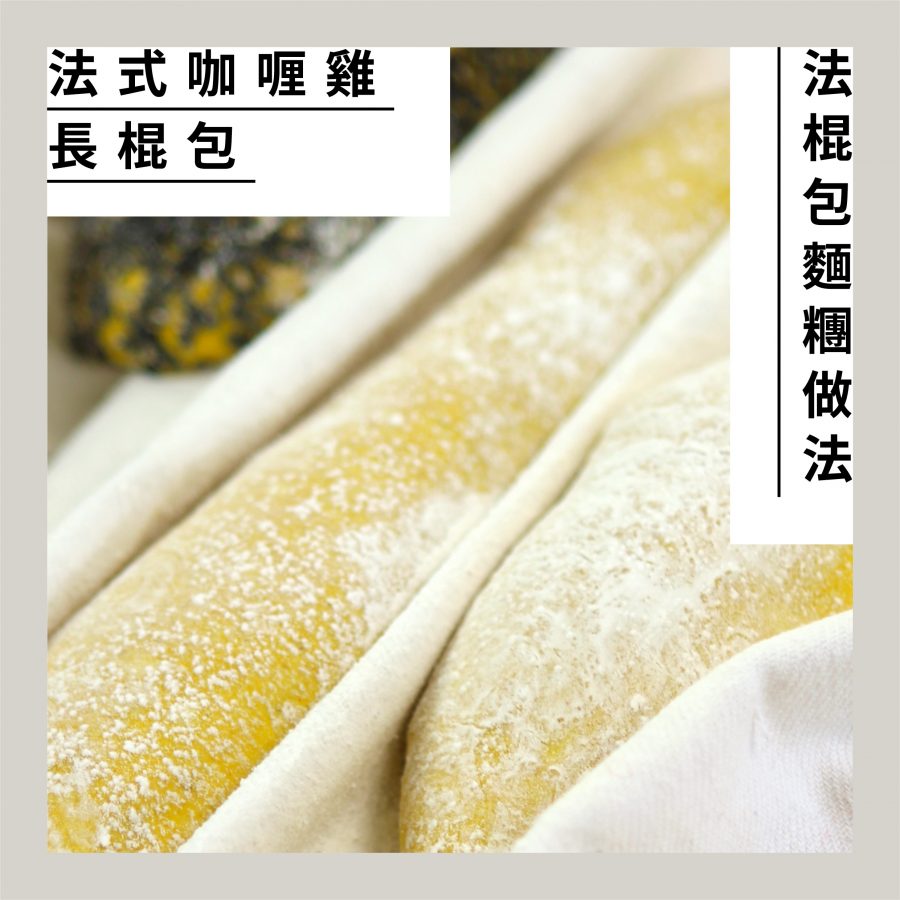 * It is recommended to be served with lemongrass tea. 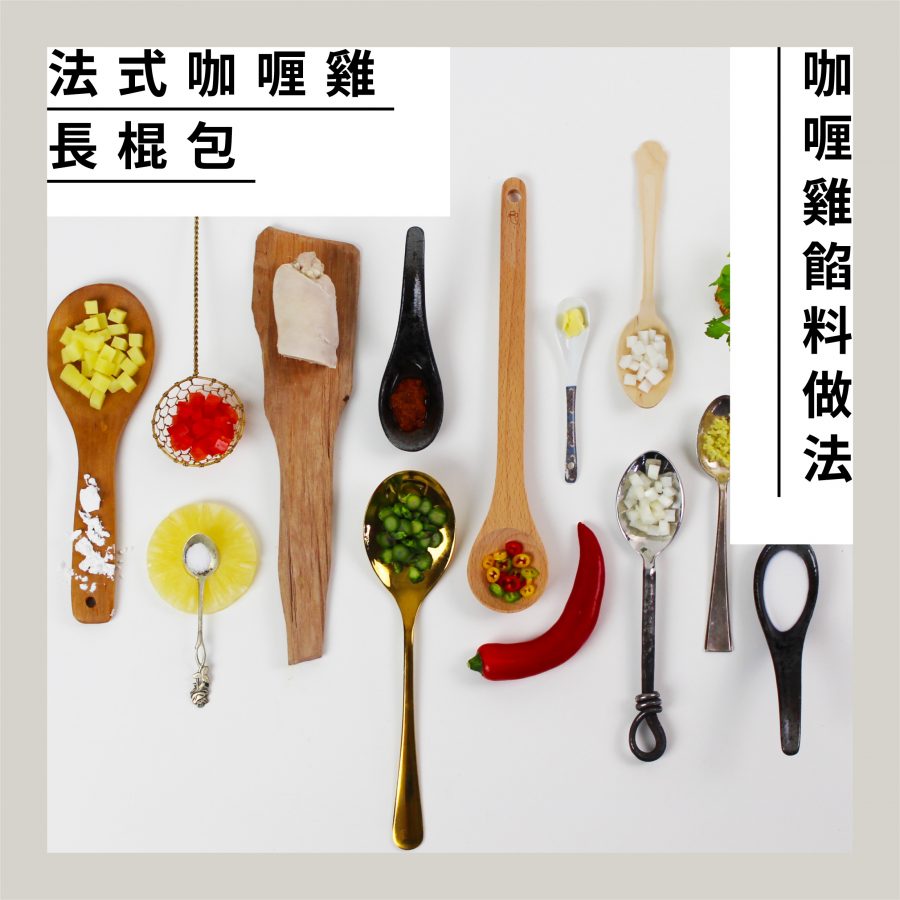 * Bring the fillings to room temperature before use.